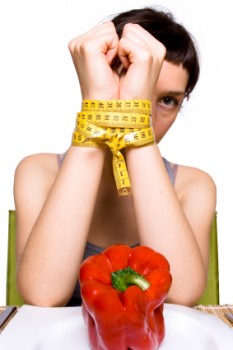 A few weeks ago I published an article about my own struggle with binge eating, and I was surprised to find that most people were astounded that a fellow American could down a box of Girl Scout cookies! Judging by the responses, I fear I left out some basic definitions and lacked clarity. My hope was that by sharing my own occasional lack of self-control in this area others would also be convicted and encouraged to surrender their own eating to God. After all, as Christians we are to do all things even “eat and drink… for the glory of God” (1 Corinthians 10:31).

The simplest definition of binge eating is “a usually brief period or bout of excessive eating.” The clinical definition for binge-eating disorder would take that definition and add a compulsion to over eat. Although I know a few people who never exhibit binge eating behaviors, the truth is that over 67% of Americans are overweight and therefore are engaging in some type of over eating*. Not surprisingly, culturally we blame the fast food restaurants, bad parenting, the government…. basically anyone except our own sinful selves.

It’s easy to look at someone who is severely obese and to think, “They are a glutton,” but often we are failing to take the log out of our own eye. Man looks at the outward appearance, but God judges our hearts (1 Samuel 16:7). Even though outwardly, we may look like we don’t over indulge ourselves, we can still be guilty of ungodly eating habits. Have you EVER felt GUILTY for overeating? Have you ever said, “I’m going to start eating healthy this Monday… okay next Monday?” Have you tried fad diets? More than once? Have you EVER eaten when you weren’t hungry just because it “sounded good”? Have you ever thought, “I can’t make it through the day without caffeine?” I’m not saying that doing those things one time makes you an over eater or is necessarily always sinful, but my guess is for many of us those thoughts are fairly common occurring on a regular monthly or possibly even weekly basis. That is what the article was about.

Once convicted that I wasn’t being purposeful in glorifying God in every aspect of my life (especially eating), I started the process of identifying the sin (lack of discipline and self-control in addition to indulgence and gluttony). Part II of this series will better explain the process of God working in my life through that area.

I highly suggest if you were one of the individuals who thought that article had nothing to do with you, please check out the audio from Elyse Fitzpatrick’s interviews, especially the first one: http://www.reviveourhearts.com/radio/revive-our-hearts/are-you-preoccupied-food/

*According to the CDC over 33% of Americans are considered obese and 34% overweight (not obese) for a grand total of 67% of Americans weigh more than the recommended amount!