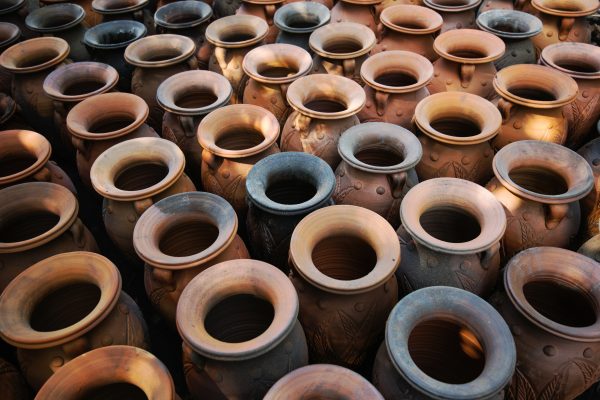 In today’s world the chief weapon of mass destruction (WMD) in the social realm is not nuclear, biologic or chemical in nature (although it is intended to have the same effect!). The chief weapon today is to spew forth toxic, personal character attacks of all kinds against an opponent or someone who is perceived as a threat. Whether any accusation is true or not, and clearly some are, the ultimate goal is simple: to discredit or destroy someone’s character. In this type of personal warfare, the assassination of character is intended to demonstrate the corruption of the one being attacked and the superiority of the attacker’s character, credibility or ability. This tactic is not new. It is as old as human history itself. When our first parents were confronted in the garden with the voice of the adversary, Satan, his tactics—albeit subtle and crafty—were designed to discredit God’s character and trustworthiness and to elevate his own. His sinister plot entailed portraying God as a liar and a corrupt fraud! (Gen 3:1-5)

The apostle Paul’s second letter to the church at Corinth provides powerful insights into how to deal with personal attacks we often encounter as Bible-believing Christians. Scripture shows us these attacks can come from inside and outside the church! (Matt 7:15-16; 2 Tim 3:12)

Case in point: After dealing with multiple problems plaguing the church at Corinth in his first letter—namely sexual sin, strife, disunity, pride and factionalism (sadly this sounds all too familiar nearly 2000 years later!)—in 2 Corinthians chapter 4 Paul responds to a more personal challenge: direct attacks on him and his preaching. In addition to bearing the burden of carefully and tirelessly shepherding the church at Corinth through serious moral and spiritual issues, there were a group of false teachers that had crept into the church who were mercilessly attacking Paul on every front. Their goal was clear: to discredit Paul so that they could teach their false, legalistic gospel. Paul had to go!! Their strategy was to constantly complain that the problems in the church were due to Paul’s lack of qualifications or fitness to minister as well as his flawed and deceptive message about the gospel of the grace of God found in Jesus Christ alone.

We get a glimpse of one of their discrediting tactics in 2 Corinthians 10:10 when they said… “His letters are weighty and strong, but His personal appearance is unimpressive and His speech contemptible.” Translation: Although he writes powerfully about God and the church, don’t believe it because he is flawed. Look at him! He isn’t very good looking, he can’t speak very well, and he has a disfigured face! (Gal 4:13-15). He obviously is not to be believed or followed because God’s man doesn’t look like that. He can’t be God’s man. He isn’t charismatic enough, fit enough or blessed enough!! He’s just like everyone else. He’s just an ordinary human being. There is nothing unique or gifted about him. If he were the real thing, he’d have it all together. He’d be super capable. He’d be much better than that. He’s a phony. Sound familiar?

Paul had to deal with a bit of a dilemma due these attacks (as we do too when we are personally attacked for faithfully following the biblical Jesus!). If he defended himself, He risked appearing proud and defensive. On one hand, I’m sure he was tempted to do just that, as you and I would be! What he did when being bombarded with personal WMD’s was quite shocking, counter-intuitive and instructive. Rather than defend himself against personal attacks he embraced them!!! He said that his and, by extension, our personal weaknesses and imperfections were absolutely true!

Under the inspiration of the Holy Spirit, Paul put it this way:

This “treasure” Paul is talking about is the incalculable riches of the gospel (Col 2:3,9; Rom 8:2; Heb 2:14; Rom 8:1; Rom 8:29; 2 Cor 3:18) Amazingly, the God of the universe chose to deposit the priceless truth of Christ and His gospel into “common” and “unimpressive” human vessels. The word “earthen” refers to a baked clay pot or container. They were cheap, easily replaceable storage containers most often used for handling garbage and human waste. The term “vessel” means a hollow instrument or tool. Paul responded to his attackers by saying the one true and living God uses humble, common, garbage containers, those considered worthless by the world, to be the vessels He uses to manifest His power to transform hearts through the gospel…“so that the surpassing greatness of the power will be of God and not from ourselves” (2 Cor 4:7b).

The Privilege and Power of Being His Vessels

It is amazing that God delights in using humble, common people like me and you to be His instruments!  By using frail, fallible people, God makes it clear to all that the power of the gospel lies not in the human messenger but in Him! The one true and living God uses the lowliest of vessels to work through because it demonstrates His surpassing greatness (v.7b), not the capability of the human container. Only God’s transforming power changes hearts, not ours! Scripture repeatedly teaches us all true followers of Christ have the privilege of being God’s instrument because…“we have this treasure in earthen vessels” (2 Cor 4:7).

The essence of 2 Cor 4:7-11 is found in the use of the phrase “so that,” which is used three times. It is what is known grammatically as a “purpose clause,” meaning this phrase unfolds the main action or purpose of the passage.

When you encounter various types of personal attacks, 2 Cor 4:7-11 teaches us to embrace them rather than returning fire. It teaches us they provide an incredible opportunity to impact the world for Christ. It is precisely our imperfections and limitations that provide the means by which God’s power works through us! The incomparable treasure of the gospel of Jesus Christ resides in me and you—remember to patiently follow Paul’s example toward those who seek to discredit or destroy you. Here are the reasons:

Because we have “this treasure in earthen vessels.” 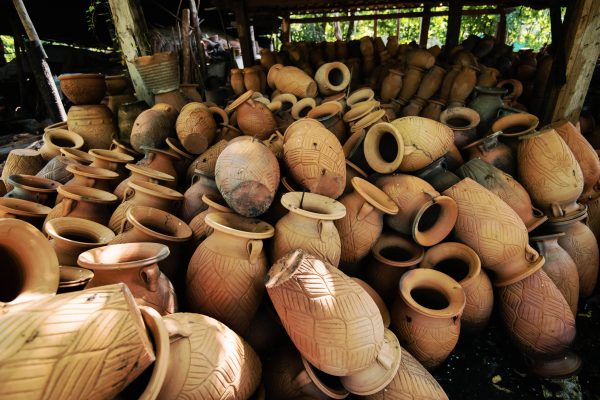