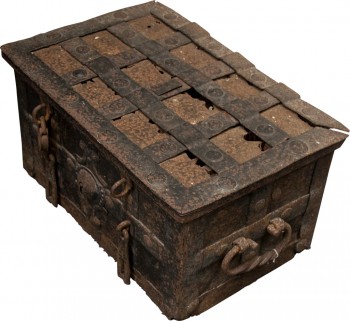 When I began my financial planning practice in the mid-‘80s, Rich and Cindy were among my first clients.  Rich was a fellow deacon in our church and also the lead lay teacher for the youth group.  In his early thirties, Rich was a building superintendent for a major construction company, while Cindy was a stay-at-home mom caring their two children.

Rich called me one day to say that he was being promoted to a new position with a significant salary increase.  With better cash flow and a much improved real estate and mortgage interest rate market, he and Cindy decided it was a good time to upgrade their housing.

About a month later they came to my office beaming with excitement.  Cindy found what Rich euphemistically referred to as a kitchen with a bunch of rooms wrapped around it.  They had voluntarily come to ask if I would review the “numbers” to see if this was a good stewardship decision.

I asked Rich to give me an updated budget, along with a financial snapshot (balance sheet showing assets and liabilities).  Taking into account Rich’s new salary, current expenses, projected equity from the sale of their home, the amount needed for a down payment on the new home and the estimated new monthly payment, I built a projected cash flow statement.  Their monthly expenses revealed something that made me do a double take.  They were committed to systematically giving more than 20% of their monthly gross income to the Lord’s work.

I reworked the numbers several times, but discovered that if they were to continue to give away at least 20% of their income (accounting for the increase in salary), they would not be able to fit the new monthly payment into their budget.  I was, however, able to demonstrate that with a strict adherence to their current budget, they might get by if they reduced their giving to about 9%.

Not sure of his response—and in light of the fact that Cindy had mentally moved into the new house—I was not excited about giving the news to Rich.  When I finally called, I could sense the disappointment in his voice.  He said he and Cindy would need some time to contemplate and pray over the situation.

I don’t think two hours passed before Rich called back to say that he was a little embarrassed he had not responded during our original phone conversation.  He said that after a short time of prayer, they knew almost immediately what God would have them do.  Of course they would stay in their current home.  They lived in a great neighborhood, and the house provided more than adequate space to meet their needs.

Why was the decision a relatively easy one for Rich and Cindy?  This was a couple whose lives were centered squarely on the Gospel.  Rich & Cindy’s Kingdom focus was so strong, it would not allow them to compromise their financial commitment to the local church and several individual missionaries.  The bigger home with more amenities was no match for “treasures in heaven.”

This would be a wonderful story if it ended here, but it doesn’t.  About six months later I received a call from Rich.  He and Cindy both felt a strong call to go to the mission field.  Only eighteen months after Cindy had found what she thought was her dream home, they were missionaries.  Twenty-five years later, they are still on the mission field.