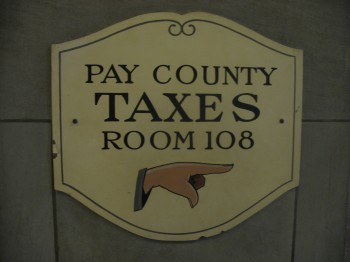 Does anyone remember the Economic Stimulus Act of 2008?  Eligible taxpayers could receive up to $600 ($1,200 for married couples), but it phased out for annual incomes beginning at $75,000 and ending at $150,000.  According to the White House fact sheet, the Act was primarily intended to remedy slower growth, and address short-term economic uncertainties by allowing “Americans to keep more of their money to stimulate consumer spending.”

Many economists, however, saw the “stimulus” as little more than a scheme by government to 1) take from one group (rob Peter—higher earners) and to 2) buy votes later from another group (pay Paul—lower earners).  In the midst of economic strife, it is helpful for politicians to be able to point to something they have done to help. Few things improve the mood of voters like receiving a check in the mail.

John Piper wrote a short blog post at the time he entitled, “Economic Stimulus Payment & Christ,” in which he encouraged Christians “to be radically creative and hedonistic” with this money.  “Before the check comes dream of some person or ministry which might make much of Christ because you treasured him above your next home project.  The reason God created money and enabled us to earn it is so that we could show by the way we use it that money is not our treasure, Christ is.  That’s why the checks are coming.  So we can make Christ look great.”

The first century Roman government didn’t need to buy votes since it ruled its vast empire by force.  The citizens of the various provinces under Roman dominion were allowed free movement and maintenance of certain customs by means of the Augustus proclamation of Pax Romana.  However, they had no control or voice in how they were taxed.

Under this harsh reality, the Apostle Paul (remember, tax collecting was capricious and mostly corrupt) gave the church the definitive direction for systematic giving in 1 Corinthians 16:1-2, “Now concerning the collection for the saints, as I directed the churches of Galatia, so do you also.  On the first day of every week each one of you is to put aside and save, as he may prosper, so that no collections be made when I come.”

The next time you feel overburdened (not that we aren’t in certain respects) by the taxes you pay, consider the Macedonian churches of Paul’s day in 2 Corinthians 8.  The severe trial that these churches experienced was one that left them in a condition of extreme poverty.  The phrase is literally “down-to-the-depth poverty” (he kata bathous ptocheia, verse 2).

The Macedonian churches are a testament to the fact that it is possible not merely to experience joy, but to have it “overflow” in the midst of trials.  Even more, just as persecution did not take away from their joyfulness, neither did poverty diminish their ability to be generous givers.  Paul says that their poverty overflowed in rich generosity (verse 2).  The text is literally “a wealth of liberality” (to ploutos tes haplotetos).