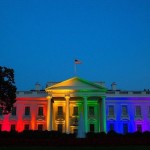 As Christians and also Americans it should be no shock to us that our supreme court, by a slim majority, has legalized homosexual marriage. As a country we are concerned first with the rights of man. We believe that government exists to up hold the human rights of life, liberty and the pursuit of happiness. I am abundantly thankful for this objective of our government. But it misses a key role of government that I believe comes first. The Government is first called to uphold truth and justice. (Romans 13:1-7) And justice and truth can only be clearly defined by God, who is without sin. 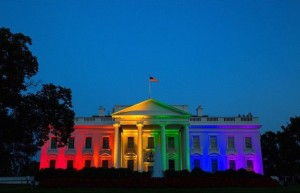 We learn from the book of Romans that government is instituted by God, no government exists without His allowing. As Christians we are called to submit to God. His sovereignty over government demands us to submit to the authority of government. Paul writes that if we do not do so we are resisting the authority of God. There are times when government clearly resists the will of God, and we have biblical description of how the apostles (Acts 4) and Daniel (Daniel 6) resisted authority, and honored God. These examples have become ever more important to us as our laws change.

But now as Christians I think we need to reflect on the realities of what has happened in our country.

We should not be shocked!

This is not the first failure of society, or the worst society has ever been. ( Just a few examples: Genesis 6:5, Judges 17:6, Ezekiel 23, 1 Corinthians 6:9-11,Titus 1:12-13) Humans are fallen, corrupted by sin and confused about justice because of sin. This is true even in your own life.

The sin of the world, and the remnants of sin in your heart, still makes it difficult for you to judge what is right and wrong. (Thank God for his Word, through which He continues to purify our hearts and minds) We then should not be shocked by the trials before us, nor should we see them as unnecessary, but rather as opportunity to shine in a dark world. (1 Peter 1:6-7, 1 Peter 4:12)

We should be appalled by sin and empathetic toward sinners

When Jesus saw a woman guilty before God and man, who was brought to him by earthly authorities to judge, he withheld his wrath. He told the men instead “Let him who is without sin among you be the first to throw a stone at her.” Jesus then recognized her sin, he makes that clear by telling her, “go and sin no more.” But he also in kindness shows mercy, and the mercy of God is given to draw sinners to repentance. (Romans 2:4)

We recognize sin when we see it. Not just because we have been in many ways freed from it, but it is sadly familiar to us. Our hearts should be that of guilty sinners forgiven, and pleading with others to see the kindness of the true judge. Because you and I were just like them blind, and lost in sin before “you were washed, you were sanctified, you were justified in the name of the Lord Jesus Christ and by the Spirit of our God.” (1 Corinthians 6:9-11) We are not so unfamiliar with the blinding, selfish pride of sin, which leads us still to fight for our own ways; even after we know his ways are far better. That is why before that great statement of our salvation in 1 Corinthians 6:11, Paul lists acts of sin (including homosexuality, but not exclusively) and says before the statement quoted above, “And such were some of you.” We should be appalled by our own sin, and empathetic for the sin of others.

We should be crying out for repentance

You are not the measure of justice, but the servant of the only true and just judge. As his servant you need to live under the command of 2 Timothy 2:24–26. “The Lord’s servant must not be quarrelsome but kind to everyone, able to teach, patiently enduring evil, correcting his opponents with gentleness. God may perhaps grant them repentance leading to a knowledge of the truth, and they may come to their senses and escape from the snare of the devil, after being captured by him to do his will.”

God has given you a voice, to speak reason, when there is opposition to his will. You are an ambassador of truth, because you were previously a citizen of lies, trapped in sin. You did not arrive, you were saved, at the sacrifice of another, far greater than yourself. (2 Corinthians 5:17-21) We long for justice, and we assume we know how it should be carried out. But aren’t you thankful that God brought the offering of grace, before he brings justice?

We could learn much from Paul in Acts 17 as he sees the sin of a city. He is provoked by that sin. (Acts 17:6) But instead of responding in anger, responds by relating, and sharing the truth. “The times of ignorance God overlooked, but now he commands all people everywhere to repent, because he has fixed a day on which he will judge the world in righteousness by a man whom he has appointed; and of this he has given assurance to all by raising him from the dead.” (Acts 17:30-31)

We should study, that we might not be deceived

I recently read a book by a young man named Matthew Vines. The book is increasing in popularity and he is being upheld as unlocking the confusion of homosexuality and Christianity. Mankind will always find a way to justify their sin, even if it means twisting scripture. (Many of us have been guilty of the same) We are warned that there will come those who twist the Word of God, to their own destruction. (2 Peter 3:16)

You could agree with what I am saying, and assume I am right. Or you could assume I am wrong. In either case, have you read the scripture I referenced? If you just take my word (or anyone else’s words) as truth, you will be easily deceived, and define the truth by your own desires and assumptions. Many will do this with Vine’s book and other books and become convinced that the “Bible says” or doesn’t say something. But seek to see what the bible says, not so you can win arguments, but so that the truth of Christ’s words can be known to you, and to others. Don’t just see a reference or hear a quote and assume it isn’t twisted or taken out of context.

We should live as examples of true liberty

The truth is clear in the book of Romans that as men reject the authority of God they will worship idols, themselves, and sexual perversion, giving into all kinds of sin. (Romans 1:18-31) Many of our youth are confused because they have received more instruction (and have seen examples from our lives) that people should live for their desires and their impulses, rather than submit their desires to the creator of all things. We know that true freedom, or true liberty is found in Christ. But we can be deceived as we live in freedom. That is why Peter wrote “Live as people who are free, not using your freedom as a cover-up for evil, but living as servants of God.” (1 Peter 2:16) If we live lives deceived that our life, liberty and happiness are of most importance, we fail to remember that happiness only comes through submission to God. By justifying our sinful desires in “liberty” we tell our children and others that liberty is most important.

What do our children believe? What we teach them; life is about health and wealth, happiness is found in getting more, liberty means if you assume it doesn’t hurt anyone else; than you should have right to it, I can’t help how I feel, you can’t choose who you love, or don’t love anymore, you can do it, you’re the best, no one else can tell you what to do, self-esteem is most important, these are all American Doctrines, not Christian. As we embrace them they teach our children lies, often because we believe the lies rather than the truth. Our example matters to our children and our neighbors. (1 Peter 2:11-12) As long as we live as slaves to our desires, others will see freedom and liberty as opposed to submission to authority.

We should appeal to authority

We have the right to vote, to speak and to pray. Men have died to give you all these rights. But one man rose from the dead and proved his authority, and gave you access to the real authority. (Hebrews 4:14-16, Acts 17:30-31) While we vote and speak we need to realize that earthly power isn’t the real authority. The supreme court, our legislators, our president and governors, are only middle management. To be honored and appealed to because they are given authority by God. But their authority is only given by His power, not held by theirs. So as we use the means of the government God allows us, in a God honoring way, we need to appeal to the real authority. Pray because he is sovereign over all things.