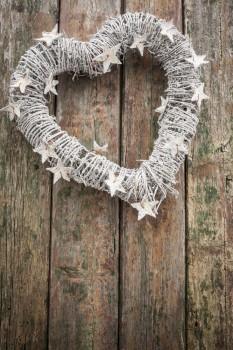 For the past several Christmas seasons, I’ve read through a book each morning called Come, Thou Long Expected Jesus, which is a collection of writings from several well-known authors and pastors about different aspects of the Christmas story. It’s been so good for my heart to focus on Christ and why He came in the midst of a non-stop, always-seems-to-be-getting-busier kind of season.

One of the chapters I read recently was written by J.I. Packer on the incarnation of Christ.  As I read through it, I was convicted. I’ve been taught this several times, and I know it to be true, but do I really grasp what it means?

Philippians 2:6-8 says, “who, though He [Christ] was in the form of God, did not count equality with God a thing to be grasped but made himself nothing, taking the form of a servant, being born in the likeness of men. And being found in human form, he humbled himself by becoming obedient to the point of death, even death on a cross.”

The incarnation of Christ perfectly displays his humility. Paul tells the Corinthians in 2 Corinthians 8:9:

“For you know the grace of our Lord Jesus Christ, that though he was rich, yet for your sake he became poor, so that you by his poverty might become rich.”

Christ became poor for us at his birth to die on a cross for us 30 years later. He sets an example of this humility for us to follow…

“Have this mind in you, which is also in Christ Jesus.” (Philippians 2:5)

At this time of the year, we are surrounded by toy drives and food drives, Salvation Army men ringing bells and flyers flooding our mailboxes asking us to donate. In the “spirit of Christmas” many people do give, but to what expense? At FBC’s “Moms By Grace” (group for moms with young kids) meeting this month, we were encouraged to reevaluate how we spend our time and money in regard to Christmas and were challenged to not be wrapped up in commercialism but to help prepare our own hearts and the hearts of our children for the celebration of Jesus this year.  It’s easy for me to drop a few coins in the bucket or bring a toy for a child who won’t get one this year, but am I giving of my time and resources in a way that models Christ becoming poor for my sake?

J.I. Packer says, “For the Christmas spirit is the spirit of those who, like their Master, live their whole lives on the principle of making themselves poor- spending and being spent- to enrich their fellow men, giving time, trouble, care, and concern, to do good to others – and not just their own friends – in whatever way there seems need.”

Can I honestly say, or more importantly, could someone else say that I am “spending and being spent” for the sake of Christ?  I pray that the Lord would open my eyes to ways I can become poor and follow the example of humility set by my Savior.