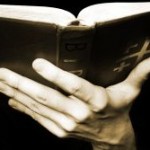 How do you talk to someone about what the Bible says and what God thinks about homosexuality for the Christian?

Before you begin talking about homosexuality, there are two crucial issues to consider. The first is speaking the truth in love. If you can’t say it in love, don’t say it! Addressing this issue should flow from a genuine concern for this person and should display that sincerity – it should not have hints of condescension, disgust, or belittlement, all of which are evidence of pride and not love. Also, you must understand that you are most likely talking to someone of a different culture. They may speak English and be an American, but the USA is no longer a Christian culture. Your presuppositions are different from theirs. One of the most basic and also most common cultural differences is that you believe in absolutes, while most others do not. Even the most basic way that they think about things is different than you, and you must keep this in mind so that you can avoid having a completely fruitless conversation because you assumed the other person had a similar mindset.

In order to be understood, you must first determine whether you have the same presuppositions, such as who determines what is ‘right and wrong.’ If they do not believe the truth that God is the determiner of right and wrong, then they most likely believe that society determines it, that what the majority condones as ‘good,’ ‘right,’ ‘normal,’ ‘abnormal,’ or ‘an alternative lifestyle’ are actually those things. So, for them, if society condones homosexuality as normal, acceptable, or even good, who is to say that it is not? Then we may ask the questions, “If society determines right and wrong and if the majority makes that decision, then if society legalized the murder of others, would that make it right? It’s happened before. What if they were a Jew in Nazi Germany? That society decided that Jews should be killed. Does that make it right? Or do we know in our hearts that murder is wrong? How do we know?” You can demonstrate with these questions the inconsistency of their beliefs, and then you can explain further the presupposition that God determines right and wrong. 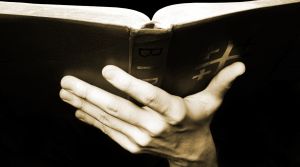 The question that follows is, “If God determines right and wrong, then which God?” Although it will be wrapped in different language, they will either follow the one, true God who revealed Himself to us in the Bible or the god that they make in their own minds and that others affirm. If it is the god that they create for themselves, this fake god will also agree with them on every point and will have notions of right and wrong which completely accept their lifestyle. It is a false god of tolerance, compassion, and love who accepts people regardless of their rebellion to sin, or even approves of their sin. In this case, understand that it is not the God of the Bible, but a god of peoples’ invention, a god that people make up in their mind. And since they are inventing this god, in reality those people are actually worshipping themselves. They are placing themselves above God because they are actually determining right and wrong and attributing that to a fictional god in order to justify their way of life. Perhaps at this point they are ready to hear that there is a real God who does not approve of their pride and hates their sin. This is the God of the Bible.

If they accept that this is the one, true God, then you can ask the question, “If the God of the Bible determines right and wrong, how do we know what He says about homosexuality?” Either we can accept what is said in the Bible as true and accurate, to be translated like any other historical document in a normal, literal, contextual, historical, grammatical, and synthetic way, assuming that God is sincere in his words and is not deceiving us, or we can make the Bible say what we want it to say. If the Bible can be tweaked to say whatever anyone wishes in order to justify their actions or preconceived notions, then it is impossible to determine anything really true about God or what he thinks about anything. Rejecting the authority and accuracy of the Bible is to sacrifice any real access to truth or to a knowledge of what God says is right or wrong. If they concede that the Bible is God’s revealed Word, then the authority of Romans 1:26-28 as well as many other passages on homosexuality can speak for themselves, teaching that homosexuality is a degrading passion which is unnatural (against nature), involving out-of-control lust, leading to indecent acts and immoral behavior, and resulting in severe consequences, both natural and spiritual.

For this reason God gave them over to degrading passions; for their women exchanged the natural function for that which is unnatural, and in the same way also the men abandoned the natural function of the woman and burned in their desire toward one another, men with men committing indecent acts and receiving in their own persons the due penalty of their error. And just as they did not see fit to acknowledge God any longer, God gave them over to a depraved mind, to do those things which are not proper.

Before you speak any of this, understand that the average American does not believe in absolutes, nor right and wrong based on God’s character, nor that the Bible is God’s breathed Word. Therefore, in order to discuss issues like homosexuality, abortion, euthanasia, cheating, lying, or stealing, you must first understand where they are coming from and help them understand their own presuppositions so that they can hear the truth. But – only speak the truth in love!

Chris is the teaching pastor at Faith Bible Church - Murrieta.