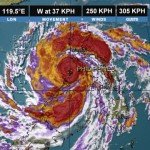 It was the spring of this year that we sent Robert Clark and his family as missionaries to the Philippines. They settled into Manila and are finding increasing ministry opportunities there. In the fall of this year, we launched a Filipino RMG, in recognition of the many Filipino’s around our valley and in our church. Dojo Aguilar leads this ministry.

That being said, we’d ask you to pray particularly for the Philippines as they are being hard hit by a Super Typhoon yesterday and today. It’s said to be one of the strongest storms in recorded history. The south part of the Philippines is being hit incredibly hard (and this is where Dojo’s family lives). 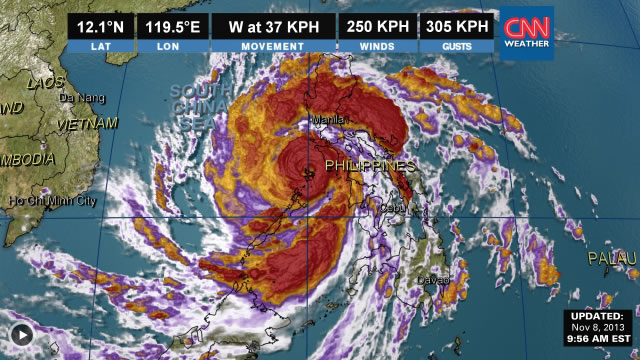 25 million people are in the path of this typhoon. Its strength is equivalent to a Category 5 hurricane. Wind gusts will exceed 225mph. Communication is already down in many parts. Roads are impassable. Buildings are flooded. Landslides are expected. Deaths are already being reported.

So what can we do? For now, we can pray.

I’m praying with you.