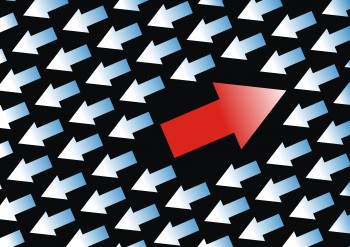 Opposition isn’t my favorite word. No, I would much rather deal with words like “friendship,” “kindness,” “harmony” or “happiness.” But, as I have known for a while and Chris emphasized in his sermon on Sunday, Christians don’t have a choice about facing opposition.

And yet it still bothers me. A lot.

If I am honest about the reason that opposition gets under my skin, it is because as much as I know God’s character, the truth of the gospel, the pervasive effects of sin and the aim of the Enemy, I still think that my life should be free from opposition. That thinking is dead wrong.

Christ faced opposition from every front, and the gospels give numerous examples of this. Jesus made sure that anyone who followed him knew that opposition would come, like in Matthew 10:21-22:

“Brother will betray brother to death, and a father his child; and children will rise up against parents and cause them to be put to death. You will be hated by all because of My name, but it is the one who has endured to the end who will be saved.”

Other times, though, the opposition comes simply because I am following Christ’s example. Christ didn’t let opposition push Him away from proclaiming the truth in love. He held fast to His convictions in every situation because He knew the eternal weight of His words.

My words are not perfect like Christ’s were, but I am learning from His example that if the heat of opposition is coming because of the truth of scripture, I must stand firm on the truth and not waver because of a fear of man. So, here is my question for you: what do you do when faced with opposition?