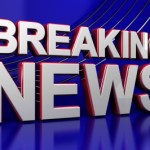 The word persecution is being mentioned a lot these days. Over the past year there has been an enormous increase in televised violence, murder, verbal and physical abuse committed by multiple groups across the world who seek to persecute others or are being persecuted. The media has saturated the airwaves, and the cyber-sphere has sent a flood of digital downloads presenting episode after episode of people being maligned, physically or mentally abused for a variety of reasons. Consider these examples:

Being reviled, hated or maligned for a multitude of reasons seems to be on the rise. The most common word in the New Testament for persecution is the Greek verb dioko which means to hunt down, harass, mistreat or abuse. It can vary from verbal threats to physical/emotional abuse to severe beating to murder.

While there are lots of man-generated explanations for why people persecute someone or something, the ultimate source of truth – the Bible – declares the underlying reason for rebellion. Abuse, mistreatment, false religious systems, hatred and evil do not occur as a result of poor government, lack of education, or bad ideologies per se. No, the cause is not external, but internal. Scripture says evil’s locus of operation is in the heart of man. It resides in each one of us. Truly, the ultimate cause driving the multiple types of “persecution” present now and throughout human history is due to the fallen heart of man living in a Christ – rejecting, sin scarred world. Scripture declares that this world operates under the influence of and bondage to the God of this age, Satan (2 Cor. 4:3-4; Eph.2:2-3), who is the father of pride, rebellion and lies. According to the Bible, he is the ultimate persecutor! (1 Peter 5:8) So, what has history, human reasoning and the god of this age taught us is the remedy for this situation?

They say form political action groups, increase governmental regulation, provide education, commit genocide, or sometimes violently overthrow the government! While Scripture does imply support for what theologians call a” just war” in certain circumstances to protect civilization from evil regimes (Ecc.3:3; Rom.13:4), history shows us even that can be misused for nefarious purposes. The panorama of history is clear the ultimate remedy for hatred, violence and abuse is not government alone, philosophy, pursuing a moral cause, religious system or civil rights. No, the ultimate remedy must begin and end within the heart of man. The remedy is not politics but a person – Jesus Christ. Only turning to Christ in faith and repentance, with the genuine inner transformation true conversion brings, can free a heart from slavery to sin, bondage to the god of this age, Satan, and the power of evil, hatred and rebellion that resides in us all!

There is no other way to possess a changed heart that truly loves good and hates all forms of evil. The one and only God-man, Jesus Christ – who paid our sin debt in full for the past, present and future – can change our very nature and free you and me from our fallen, corrupt state. Only He qualifies as our redeemer. There is no other name by which we must be saved – not Buddha, Mohammad, the Virgin Mary, Brahman, Confucius, the Dalai Lama or any other person or belief system.

Scripture is clear. Because of the nature of fallen man, the holiness of God and the exclusivity of the Christian faith, we as transformed believers should expect to be suffering varying types of persecution for being identified as followers of Jesus Christ.

What does Scripture say truly being persecuted for Christ looks like?

Jesus tells us why these 8 character qualities, when displayed by Jesus disciples, cause people to hate us…He says they hate us because they see Him in us…Jesus said they persecute you “because of Me” (Matt.5:11)

Are you regularly persecuted for being identified with Christ? If you are, “rejoice and be exceedingly glad for great is your reward in heaven” (Matt. 5:12). If you are not, go to Him through His Word and search your heart. Seek, by the power of His Spirit, to put Him on display once again! He will never leave you nor forsake you!