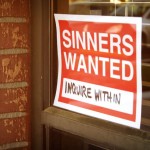 Simon the zealot and Matthew (Levi) the tax collector were charter members of one of the most dynamic small groups ever created. At the time they were selected by Jesus to be part of his 12-man disciple team, they could not have been further apart in their worldviews. In fact, it is very likely that they would have despised each other based on what we know of their backgrounds.

The synoptic gospels identify Simon as one of the original twelve–there is no other information about him in Scripture. Simon, by his title, would have been the supreme nationalist. Love of country, race (Hebrew), and religion (Jew) likely defined his life. The Jewish historian Josephus tells us that the zealots were fringe militants who favored armed rebellion against the Roman occupiers and their tax-collecting agents.

Matthew, in contrast, was a free agent operating as a tax collector for the occupying Roman government. We don’t know much about him before his conversion, but we do know a great deal about Matthew after it, since he wrote the gospel bearing his name. As a tax collector, Matthew would likely have been viewed by his fellow Israelites as a thief, a traitor, and a transgressor of the Torah. 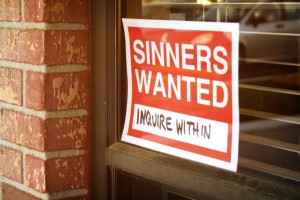 Jesus said He “did not come to call the righteous, but sinners” (Mark 2:17). The religious elite (Pharisees, Sadducees, etc.) would have considered both men in the latter category. God in His sovereignty, however, drew Simon and Matthew to Himself to be used for His glory.

Faith Bible Church is a body of varying backgrounds (education, socio-economic, work, church), ethnicities and intellectual abilities, not to mention political persuasions or team allegiances. Though many of us won’t admit it, we often find our identity in one or more of these.

What do you identify with? Are you a Trojan, Bruin, Giant, Dodger, Bronco or Charger through and through? Do you derive your satisfaction from being the best bowler, basketball player or disc golfer in your sphere of friends? Does your business, career, lack of a job, or even the “wrong” job define your life? Is your personal fulfillment found in your spouse, children or friends?

The Apostle Paul, under the inspiration of the Holy Spirit, reminds believers what their only focus in life is to be. In Philippians 1:7 he tells us, “Only conduct yourselves in a manner worthy of the gospel of Christ, so that whether I come and see you or remain absent, I will hear of you that you are standing firm in one spirit, with one mind striving together for the faith of the gospel.”

Matthew and Simon were social outcasts, and it’s likely they were forced to completely shed their previous identities in order to further the Gospel. Most of us don’t bring the extreme baggage of Simon and Matthew to the Church, but we can learn from them. We may seriously hinder the work of the Holy Spirit if we continue to identify with anything other than “Christ and Him crucified” (1 Corinthians 2:2).