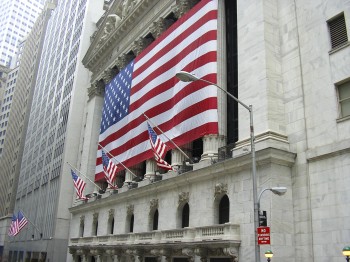 In the mid-eighties, I read a long article by economist James Jackson, PhD.  Jackson, a Christian, gave an excellent perspective on the American economic system.  Though he was—and continues to be—a strong advocate for capitalism, he suggested that for most of us, our high expectations as consumers will never likely be met.

His thesis is that man might create governmental (U.S. Constitutional government–by the people and for the people–rule of law) and economic (capitalism) structures that work for the benefit of greater numbers of a society than other systems.  The challenge, he reminds us, is that sinful men and women oversee and/or transact in these imperfect systems.  In other words, a great system is only as good as the people who manage and/or participate in it.

Jackson contends that most of us are not satisfied with our economic position within the society.  As a result of our discontentedness, we are constantly attempting to adjust the system’s structure, usually through a position of power and/or manipulation, and almost always for our and/or our group’s personal benefit.

Most economists that I know of are big on theory and small on practical application.  As it turns out, Dr. Jackson is pretty good on both accounts.  In the late eighties, he decided to give away most of the multi-millions of dollars he had accumulated through property development and go to the mission field.  It wasn’t that he was fed up with the system, since without capitalism he would have a very difficult time raising the funds he needs to build a major world relief agency.  Instead, he had a heart change.  He finally decided to respond to what he knew God had called him to do.

Should we all give away our stuff and go to the mission field?  Probably not the right move for most of us.  The mission field, like any ministry, requires a strong calling from the Lord.  Instead, we must first heed God’s Word through the Apostle Paul in Philippians chapter 4, “Rejoice in the Lord always” [not in our stuff or how much we can accumulate] … “Be anxious for nothing” [anxiety often is the result of worrying that we won’t have the same amount of stuff as the other guy] … “learn to be content in whatever circumstances I am [see points one and two] … “I can do all things through Him who strengthens me” [even if I don’t have the same amount of stuff as the worst of the rest, everything I have from Him is enough to sustain me].

Finally, Paul gives us what should be the ultimate focus of our lives in Acts 20:24, “But I do not consider my life of any account as dear to myself, so that I may finish my course and the ministry which I received from the Lord Jesus, to testify solemnly of the gospel of the grace of God.”