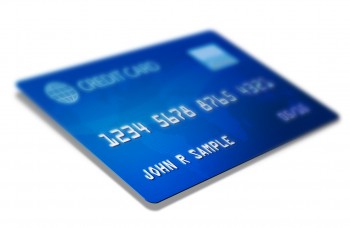 The ESV translation of Proverbs 13:22 says, “Wealth gained hastily will dwindle, but whoever gathers little by little will increase it.”  Proverbs 22:7 tells us, “The borrower is the slave of the lender.”  The apostle John bluntly reminds us in his first epistle (1 John 2:16), “For all that is in the world—the desires of the flesh and the desires of the eyes and pride in possessions—is not from the Father but is from the world.”

A few years ago, a young, newly-married couple asked if I would help them with their budget.  As we sat down in their apartment, and before I even had a chance to look at their balance sheet and budget, the husband said that the biggest financial priority for him and his wife was to get out of debt.  My first thought was, how could a couple married only nine months–and both under the age of 24–accumulate debt to the extent that it was their biggest financial concern?

As I reviewed their financial snapshot, the origin of their problem became clear.  On their wedding day, these two began their lives together under the shared burden of a boatload of student loan and credit card debt.

Let me be very clear about something.  I am well aware of the cost of a college education today.  In most cases, where a student has been forced to obtain qualified loans to procure an undergraduate/graduate degree or vocational training certificate, borrowing is a legitimate means for meeting those expenses.  The rationale behind borrowing for any educational cost is the potential that the investment will increase the likelihood of getting a better job and also generate higher earnings over a lifetime.

So let’s examine our young couple a little more closely.  Remember, I said that the financial snapshot indicated student loans AND credit card debt.  The student loan payments were certainly a strain on this couple’s monthly budget, but the payoff for each of them was good jobs and potential for higher future earnings.  The credit card debt, however, didn’t bring the same value.

I asked each of them if they could identify assets for the nearly $10,000 of current credit card debt.  Both proudly produced bright new his-and-hers laptop computers and a top-end multi-functional copier/printer/fax machine.  The “amazingly” good deal they had received from the well-known retailer only a couple of months prior to our meeting got them out the door for about $2,800.  So I asked–what about the other $7,200?  That, they said, was the total amount of debt they brought into the marriage together.  Unfortunately, there was nothing to show for it.

They both admitted that the newly purchased computer hardware replaced their “ancient,” less than three-year-old laptops and printers.  The old ones had been given away to siblings and friends.  In a nutshell, my young friends owed $10,000 on assets worth $2,800 (in reality, the value of the computer hardware was likely less than $2,800, because of immediate depreciation upon purchase).

I must always remember that we don’t live in a vacuum, and there are many variables that must be considered when evaluating anyone’s personal financial situation.  Nevertheless, there is a lesson in this example.

I asked them if the old laptops could have serviced their needs for another year or two, and they both agreed they could have [Note: these were personal computers and not used for business purposes].

Next, I asked the interest rate and amount of the monthly payment they were making on the credit card they used to purchase the computers.  They indicated that the minimum payment at a rate of 18% was $70, but they were making payments of $100.  I showed them that even if they continued to make payments of $100 they wouldn’t pay off the balance until the 37th month, while at the same time adding about $850 in interest to the original cost of the items.

Obviously there was nothing they could do to turn back the clock–they were obligated to meet the terms of the loan.  For future reference, I asked them to consider a better financial solution.  What if they had continued to use their older hardware for at least a year (I’m over 60–I admit to being a little slower than I used to be, but I still work reasonably well) and saved the same amount they were now paying toward the credit card balance each month?  At the end of the first year they would have accumulated $1,200.  That would have been more than enough to purchase at least one new laptop (I have purchased several laptop and desktop computers over the past twenty years, so I have some idea of values.  It’s also worth noting that computer hardware is one commodity that has consistently gone down in price from year to year—so by waiting a year, they were almost guaranteed to receive a better value.)

Stewards of God’s wealth must be discerning when they borrow.  Scripture does not ban borrowing (or lending, for that matter).  Unfortunately, in our culture there are too many cases where “the desires of the flesh and the desires of the eyes and pride in possessions” become our motivation to borrow in a manner that may gratify the flesh, but are not pleasing to God.